THE ARTIST
Basurama; It is a group dedicated to the investigation, creation and cultural environmental production founded in 2001, that has focused their area of study and action on the productive processes, the generation of waste that these imply, and the creative possibilities that provoke these contemporary conjunctures.

BACKGROUND
In 2016 the Hungarian Government launched a massive anti-immigration billboard campaign. The slogans were calling attention to the respect of the Hungarian national culture, the workplaces of the people and the nationallaws. The billboards texts were addressing the immigrants directly, although it was all in Hungarian, and all the different phrases started with the same question: Did you know? The campaign was important part in the creation of the central anti – refugee, anti – migrant narrative in Hungary.

EXPLANATION OF THE PIECE
The project Agostamiento is an intervention site-specific  realized by Basurama for the Opened program x Works and that takes place in the former cold-storage room of the one that was Legazpi’s slaughter house in Madrid. Basurama proposes an interior landscape extracted from the plantation of  7000 sunflowers that has cultivated together with the neighbors of the Great Route of the South-east, in Vallecas’s Widening, Madrid. A public space that, in Basurama’s words, “It invites to chat and to eat pipes, looking at the future from the darkest thing”.  This project was realized in Madrid, in 2016. 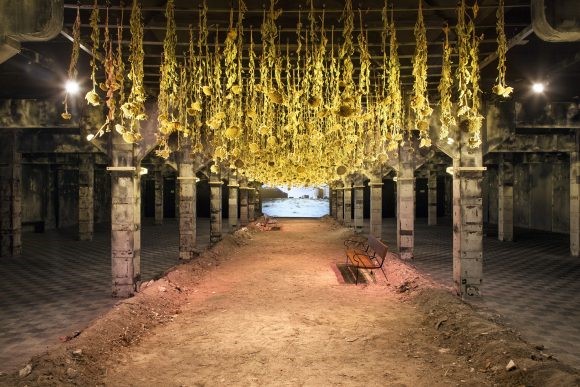 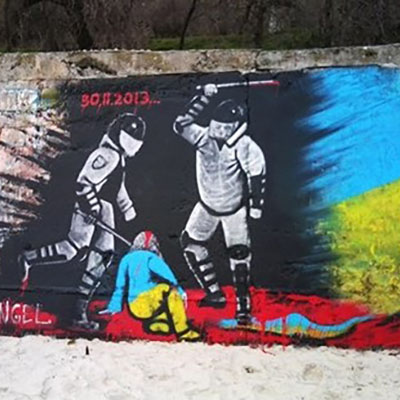