She lives and works in Valencia (Spain) although she is Argentinean. From time to time, she travels to Madrid to collaborate with initiatives such as Madrid Street Art Project which among other things, has tried to unite art and gender equality.

Her works continuously reproduce images of women through sober, low-intensity tones or, directly, in black and white. This generates a sense of loneliness or emptiness that she uses to reflect her own concerns and criticize current society where women carry all the responsibilities: home, children, work, etc … In her own words: “They bear the weight of a patriarchal society that they have not chosen”.

She believes that street art gives her the opportunity to appropriate the public space, build the city with her own speech, communicate and escape from the system.

BACKGROUND
She has worked mainly in Spain but also in Italy, France, Germany, Brazil, the United States or New Zealand.
She has collaborated with artists such as Escif or Sam3. 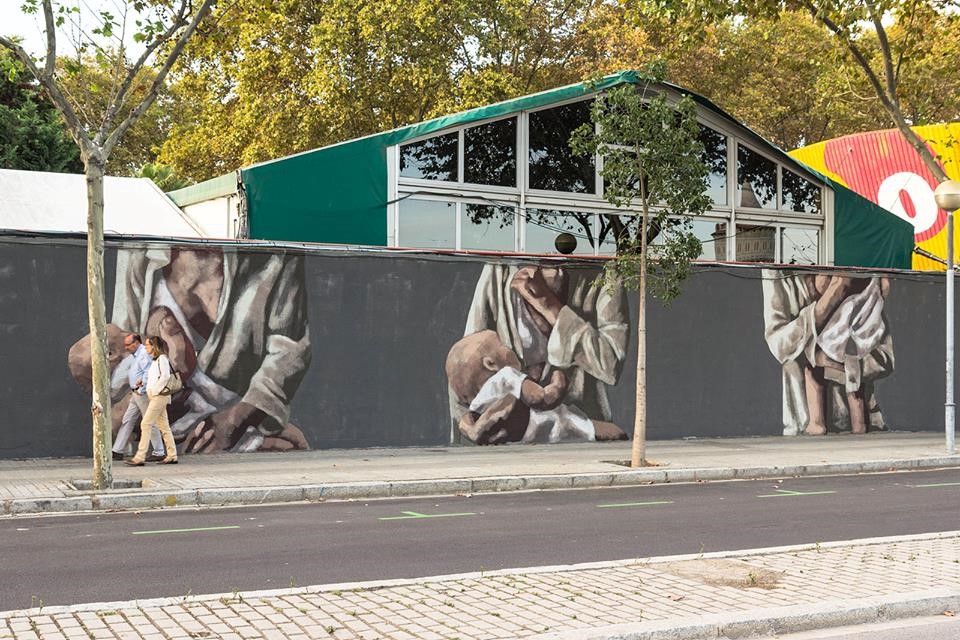 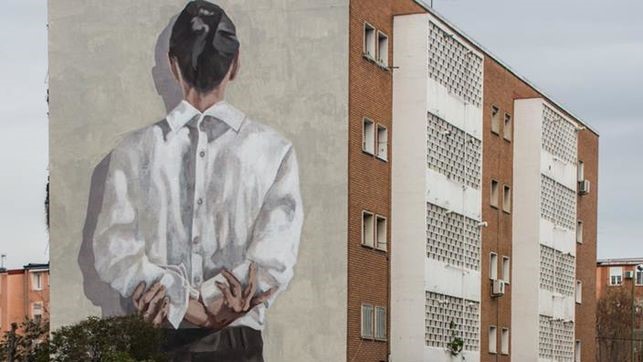