Tania Bruguera (born in Havana, Cuba, 1968) currently lives and works in Queens, New York. Bruguera’s work is multifaceted and spans performance, event, action, film, installation, writing and teaching, alongside site-specific works including Untitled (Kassel, 2002) for Documenta 11 and Tatlin’s Whisper #5 (2008) at Tate Modern, alongside long-term projects such as the Cátedra Arte de Conducta (Behaviour Art School), an institution that existed from 2002 to 2009 in Havana, Cuba.

Bruguera is a key player within the fields of performance, interdisciplinary practice and activism. Her work is grounded in the act of ‘doing’ – she calls this ‘behaviour art’ – and her aim is to create art that doesn’t merely describe itself as dealing with politics or society, but that is actually a form of political or social currency, actively addressing cultural power structures rather than representing them. Bruguera is also extremely interested in the role of the museum as an active forum and the role of ‘useful art’ in society at large today. 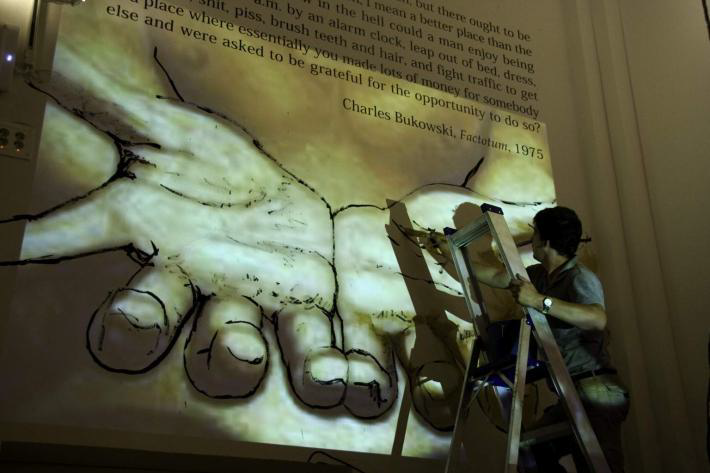