POWER : FROM THE MOUTHS OF THE OCCUPIED | PATRICE CULLORS

THE ARTIST
The artist is the Afro-American artist and activist Patrisse Cullors. She is the co-founder of the “Black Lives Matter” movement born in 1983 in Los Angeles. Using techniques belonging to the theatre and dance world, she blends visuals with sounds in ways that enable to name her works as art-therapy, promoting healing through art. She is particularly committed to curing traumas caused by the State and fights against the systemic violence it inflicts. Her purpose is to transform acts of violence into something positive through art.

BACKGROUND
The Power – From the Mouths of the Occupied performance, conceived by Patrisse Cullors, took place during her involvement in the Afro-American activist movement of the “Black Lives Matter”. Founded in 2013 in the United States, this movement stands up to the systemic violence and racism towards Black people and organises many demonstrations against repeated killings of Black people perpetrated by policemen.

EXPLANATION OF THE PIECE
The performance displays stories of members of the Afro-American community who happened to be victims of the police and/or state violence. It is a collaborative performance that aims to reveal those stories that remain too often unspoken. The idea is to help the community, to heal traumas and bring about positive change through art. Their personal stories are combined with dialogue recordings, music, theatre and multimedia. 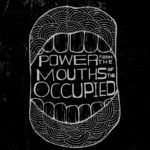 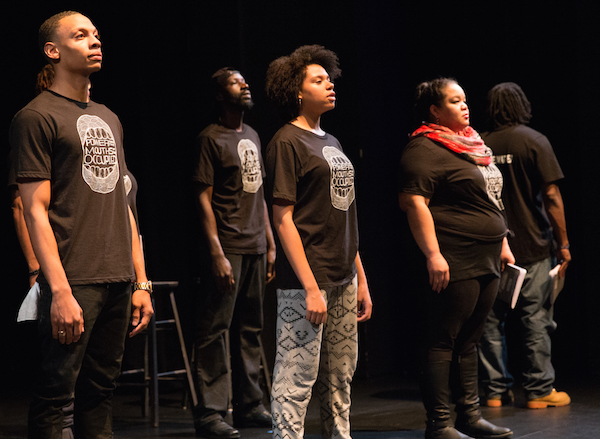