Banksy once characterised graffiti as a form of underclass “revenge”, or guerilla warfare that allows an individual to snatch away power, territory and glory from a bigger and better equipped enemy. Banksy sees a social class component to this struggle, remarking “If you don’t own a train company then you go and paint on one instead.” Banksy’s work has also shown a desire to mock centralised power, hoping that his work will show the public that although power does exist and works against you, that power is not terribly efficient and it can and should be deceived.

Banksy’s works have dealt with various political and social themes, including anti-war, anti-consumerism, anti-fascism, anti-imperialism, anti-authoritarianism, anarchism, nihilism, and existentialism. Additionally, the components of the human condition that the works commonly critique are greed, poverty, hypocrisy, boredom, despair, absurdity, and alienation. Although Banksy’s works usually rely on visual imagery and iconography to put forth his message, Bansky has made several politically related comments in his various books. In summarising their list of “people who should be shot”, they listed “Fascist thugs, religious fundamentalists, (and) people who write lists telling you who should be shot.” While facetiously describing their political nature, Banksy declared that “Sometimes I feel so sick at the state of the world, I can’t even finish my second apple pie.” 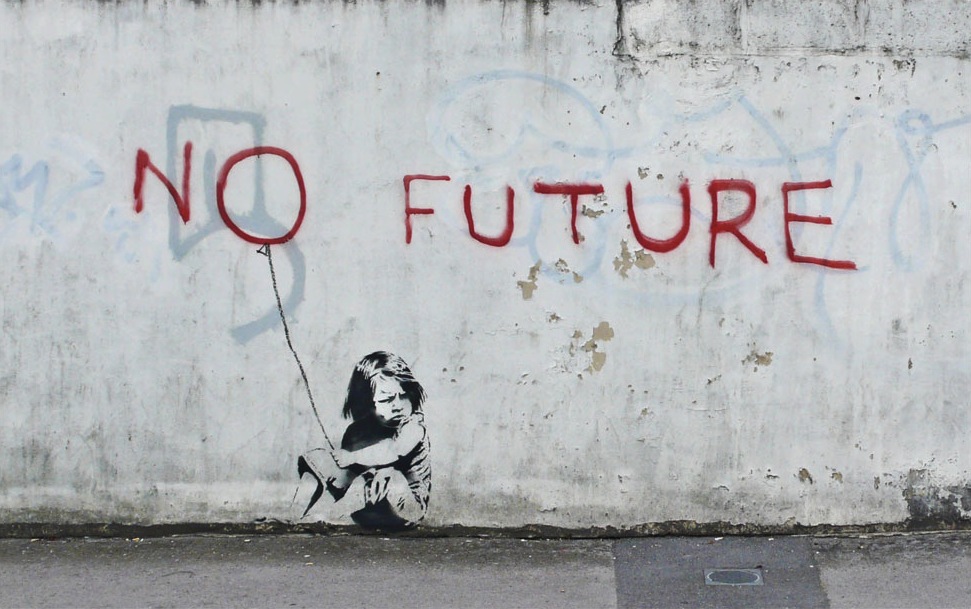