THE ARTIST COLLECTIVE
Gran fury is a group of American artists and activists who are part of AIDS, an association fighting for the prevention of the HIV virus. The collective was founded in 1988 and was dissolved in 1995. It is made up of eleven members. The collective define themselves as a group of artists united by their anger and they are committed to using the power of art to fight Aids and homophobia.

BACKGROUND
The artist collective Gran Fury appeared in the United States in reaction to the constant homophobia and discourse accusing homosexual people of being responsible of the Aids outbreak, that discourse which is spread by the government and sustained by many institutions and citizens.

EXPLANATION OF THE PIECE
Gran Fury convey a political message, adapting the communication means and design of advertising and mass media to their own ends. They wish to share information about homosexuality and Aids with a very broad audience. The first step of the project was to send by post a card showing gay couples kissing each other. Next to the card, there was a sentence: Kissing doesn’t kill: greed and indifference do. On the back of the card it was written: “Greed of firms, inaction of government and indifference of people make Aids a political crisis”. Then, the collective used the usual means of advertising: billboards in the public space, on buses, stickers, t-shirts, posters, etc… 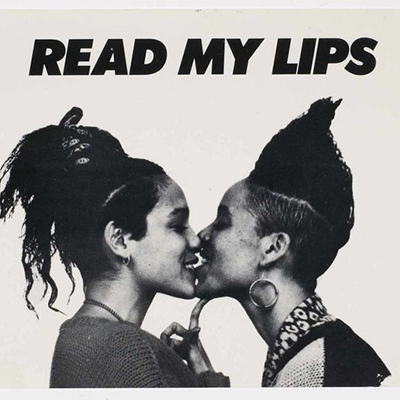 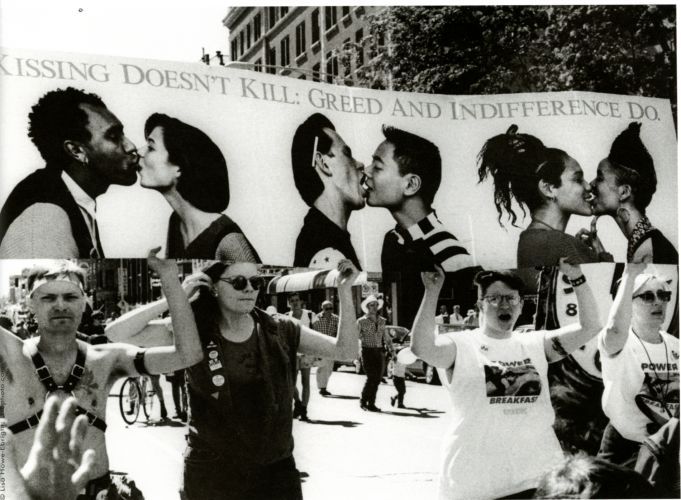