THE ARTIST
The support of this artist is the city. He sees it as “a field of action and intervention”. The streets are the best place to “question and criticize our society, our habits and our ideas”. The main criticism of his interventions is directed to some of the aspects that characterize postmodern society such as fame, spectacle, video-surveillance-control, hyperconsumption and privatization of public space. To make citizens reflect about it, he usually introduces small changes in urban furniture and uses the aesthetic codes of the brands and products of consumer society, as well as those of institutions. He calls receiver’s attention through humor and irony.

DESCRIPTION
In addition to Madrid, Bilbao, Huesca, Cuenca and Zaragoza (Spain) he has intervened in different cities in the United States, Canada, Holland, France, Germany and Bolivia.
He has participated in individual exhibitions in Espacio Trapezio, ArtCenter / South Florida, Espacio Alianza Hispánica and José Hierro Public Library. Among its ten collective exhibitions we find: Libertarian Propaganda and Art, Madrid (2015) and Spain Brand “Europe Creative Center ECC”, Berlin (2013). In addition, he has obtained several scholarships and prizes.
In many cases, his objective is to denounce that the city has become an object of consumption and individuals have a passive role in it (we are, literally, “ghosts”). He demands the citizens to be the owners of the public space, regardless of their purchasing power. 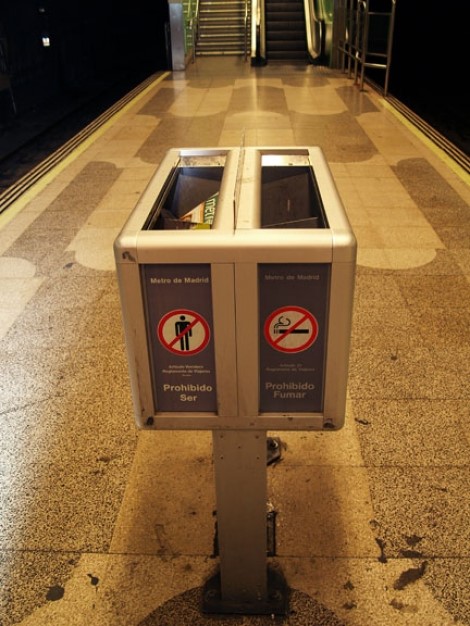 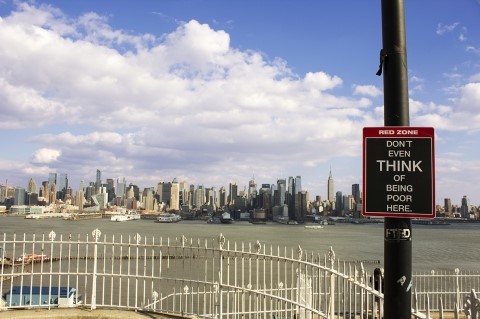