“Strike Cartel”, as the main way of expressing citizenship, has become a key tool in the hands of artists. Working on the Wiki principle, the project made it possible for anyone to download and print the poster on the printer and go out with him to protest. In everyday life, was even famous the phrase: “Never a small printer felt so hero.” This tactic made possible that each person could feel like an artist, anyone could assign an image in the artistic work created by others, all in the name of the common goal. The popularity of the project among the masses is due to the fact that it is based on the rejection of political slogans and direct propaganda seeking a universal image.

During the last ten years, Ukraine is experiencing a revolution. In the first wave after the fall of Yanukovich was founded the Art Association REP (Experimental Revolutionary Space), which occupies a special place in Ukrainian art and after events. They emphasized many projects of the community whose catalyst was the social project «Страйк Плакат» (stroke of the cartel).

February 6, 2014: During the months of December, January and February of 2014, peaceful demonstrations were held in protest and for the independence of Ukraine.  Some of them became a real revolution with collisions and victims. Art took a reflexive attitude, visualizing the different facets of the conflict. In addition to the usual political slogans and propaganda, the artists sympathize with the dead, protesting for the security and liberation of the media.

The drop campaign. “I am a drop in an ocean” 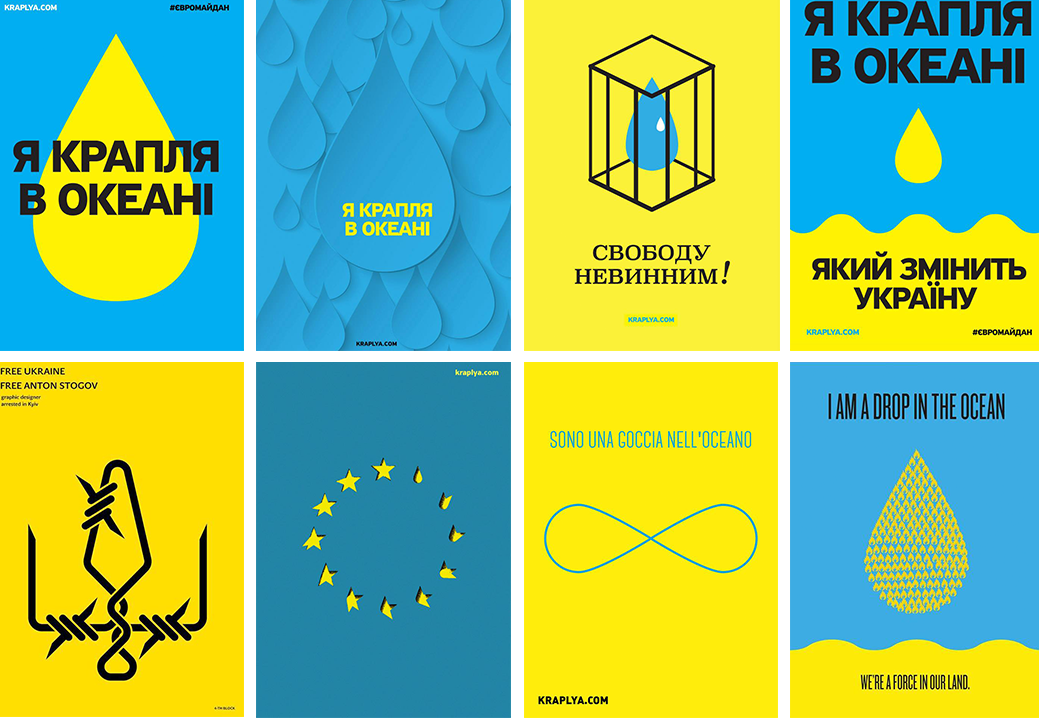