THE ARTIST
The team initially consists of five friends who met as teenagers and painted the streets of the neighborhood where they lived. Their name (Boamistura) reflects the diversity of the training of each one of its members: an architect, a road engineer, two graduates in Fine Arts and an illustrator. They have also joined five other people who also have a very different background and knowledge: from graphic designers to an expert on international cooperation. They are all united by their interest in working in the public space of cities with the aim of transforming it to create links between its inhabitants.
They mainly work with graffiti but they also use stencil painting, brush or roller. In many of their works they use color to convey force, energy, joy and optimism. For example, they have painted numerous buildings in disadvantaged or degraded areas of some cities with these lively colors to revitalize them.

BACKGROUND
They have developed projects in many countries besides Spain such as South Africa, Brazil, Mexico, Dominican Republic, Peru, United States, United Kingdom, Georgia, Poland, Algeria, Norway, Serbia and Panama. In Madrid stand out their interventions in Mercado de la Cebada (city center) and  San Cristóbal Neighborhood (Villaverde, outskirts).
They have exhibited at the Reina Sofía Museum, the DA2 Museum, the CAC Málaga and Casa Encendida in Madrid, as well as participated in the Venezuelan Architecture Biennial (2012), the Ibero-American Biennial of Architecture and Urbanism (2013) and the South Panama Biennial (2013). 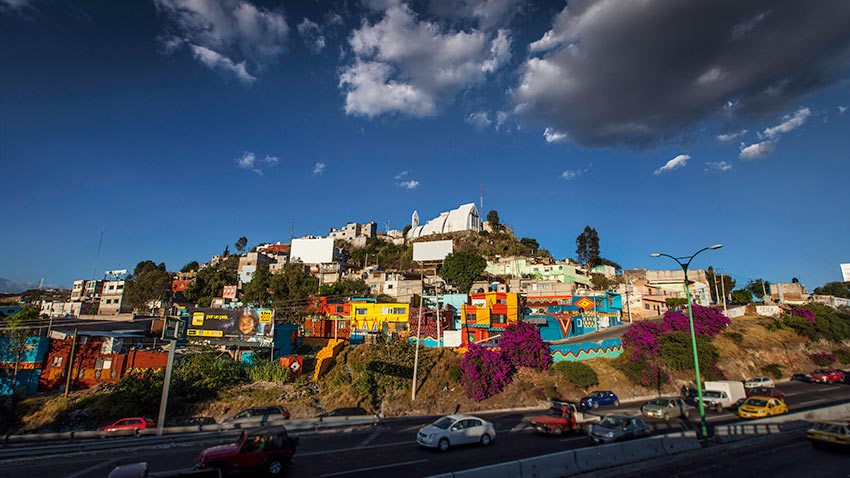 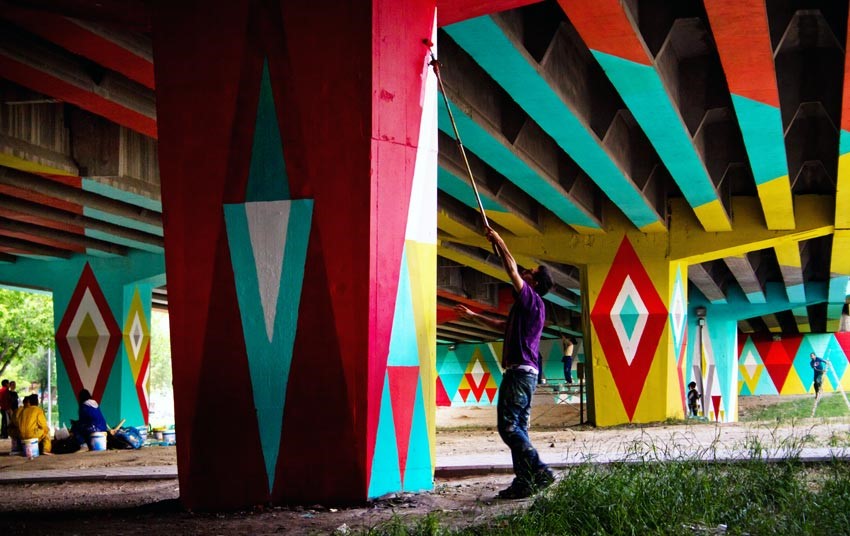